16 November 2013 | By Jonah A. Falcon
Cyanide Studio has released the first two screenshots of stadiums built specifically for Blood Bowl 2, the latest adaptation of the Games Workshop fantasy take on American football. 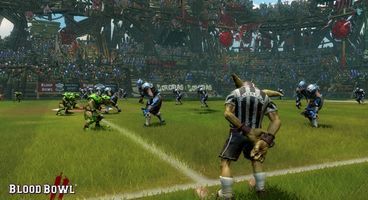 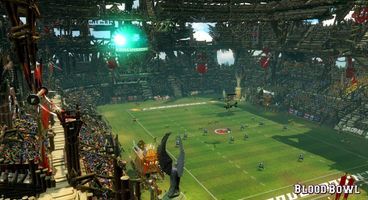 According to the developer, "Orc clans from all over the Old World worked like crazy to build this magnificent stadium. Human and goblin teams will be christening it under the sharp eye of the totally-unbiased goblin referee, who has almost certainly been bribed by one of the teams. Probably both. "

The game will also include new features for solo and multiplayer matches to make the game less obscure to new players. A new solo campaign puts the player in charge of a team as they try to make it to the league championship. A league mode allows players to manage their own team, club and stadium.