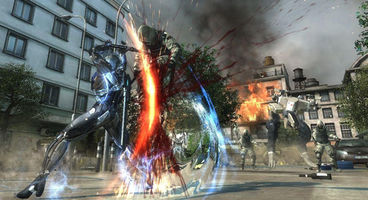 Ta-dah! Hideo Kojima revealed during his HideRadio podcast that the cyborg ninja Raiden will be coming to PC in Metal Gear Rising: Revengeance. Developer Platinum Games confirms the news.

When this port will actually happen wasn't disclosed, nor were any specific details about the process involved. This is great news at least for PC fans of the Metal Gear series.

Revengeance is quite a different creature from the Metal Gear Solid series, as it favours over-the-top action. It's been a long-time since Metal Gear stepped foot onto PC.