17 October 2013 | By Simon Priest
Timothy Zahn and Prototype X will be relaunching their Kickstarter for space 4X Parallax, a turn-based strategy inspired by genre grandfather Master of Orion. We'll direct "just about every aspect" of our civilization.

Zahn is an author who created Star Wars characters Grand Admiral Thrawn and Mara Jade, so he knows a thing or two about sci-fi settings. Parallax will support mods and be DRM-free.

The relaunched Kickstarter isn't quite ready yet but will go live October 22nd when developer Prototype X Software will be asking backers for a collective effort of $350,000. 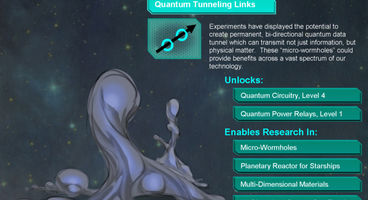 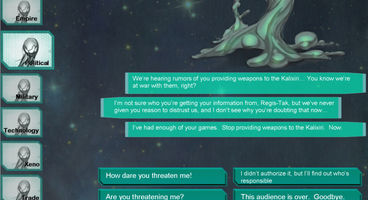 "Parallax will be a turn-based strategy game in keeping with the classic 4X genre, and heavily inspired by the feel and simplicity of the original Master of Orion," describes the studio. Players will "direct just about every aspect of their faction's development, including galactic exploration, expansion of the empire, exploitation of resources and technologies, and extermination of any competitors that refuse to join their empire."

How will Parallax stand out from the space 4X crowd?

• A civilization can be composed of more than one alien race, due to conquest, immigration, aboriginal races that are incorporated into the civilization, etc.

• Decisions will have side-effects, which the player may or may not be able to predict…

• Other factions will have “memories” – betraying them, or offering assistance, will affect the way that civilization deals with you for the rest of the game

• Each game will be, as much as possible, a new experience: minor, often hidden, details will change, and affect the way the game plays out 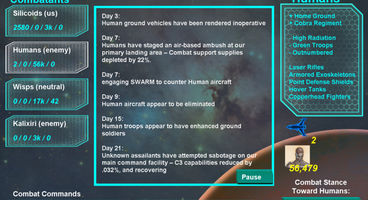 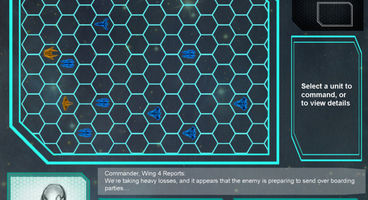 Timothy Zahn and Prototype X will be looking to backers to help define the details of the game's alien races.

"On the surface, Parallax is going to be a simple game, with a simple, streamlined interface, fairly simple gameplay, etc. Like an iceberg, the vast majority of the complexity will go unseen. As much as possible, it will be an attempt to bring back the fun and simplicity that was so much a part of the original 4X games," they said.

"Simple, straightforward, and fun - and different enough each time that it's as fun the 100th time as it is the first."

"Beneath the surface, however, it will be much more. To include features that even the biggest games of the genre have left out... The Modhri is a prime example: what would you do as a parasitic race? Sure, you could take control of every host you come into contact with and ravage the galaxy like a plague, but you could also play it subtle, infiltrate and influence other races, turn the tide of a battle, affect political negotiations, avert or cause wars."

"Other races might be found in a prehistoric or medieval state, and you'll have the option to exterminate them, use them as slaves, incorporate them into your civilization, observe them from afar, etc."

Prototype X currently has their new Kickstarter campaign for Parallax in draft form available to view, but as it's not officially live yet no pledges can be accepted. They'd like feedback on their campaign pitch before October 22nd. 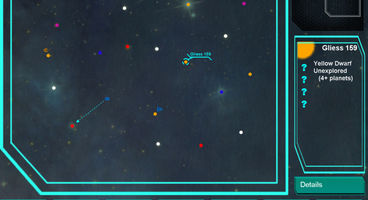 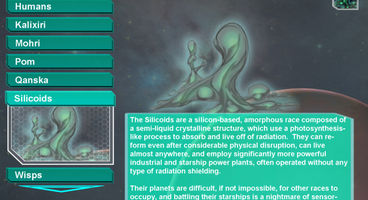 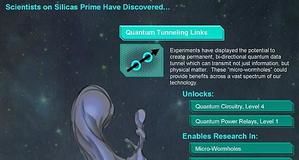