17 December 2013 | By Nick Horth
Crusader Kings II's latest expansion, Sons of Abraham, contained a bug that caused thousands of rebel troops to spring up in your holdings, which was obviously slightly unfair. This has thankfully now been fixed, along with several other issues, in the latest v2.0.2 patch. 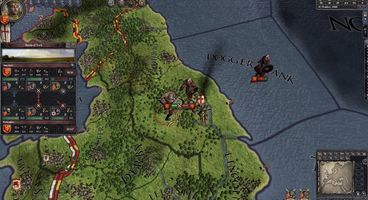 The major changes are listed below.

- Added an "Antiking" faction. The leader usurps the liege's primary title, deposes the antipope and passes papal investiture. The Pope can be called into the resulting war.

Full patch notes can be found on the Paradox forums.