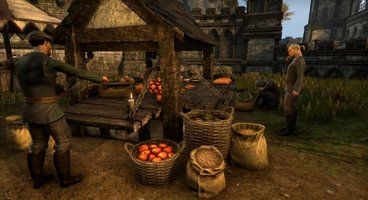 Bethesda has released a new developer diary for The Elder Scrolls Online, showing off gameplay and some of the gathering and possible crafting that the player will be able to engage in.

“It’s not just useless stuff,” according to creative Director Paul Sage when the player grabs seemingly innocuous things like bread off an altar. “Right now, you can take any one of these items that you find and it’s going to be part of a recipe. It’s going to be part of our crafting system. Yes, you’ll go out into the world, and you’ll explore and you’ll find plants and many of the other things that you expect - but it all starts right in town.”

The Elderr Scrolls games, Oblivion and Skyrim in particular, have been considered "single player MMOs". Strategy Informer will be getting some close-up looks at this game at E3 2013, and we'll let you know how the series fairs as an actual MMO.

Check out the dev diary in the video below.