19 December 2013 | By Simon Priest
The vault doors to the abandoned government silo have just swung open as Evil Genius Online enters into open beta on Facebook. Developer Rebellion is accepting all evil masterminds for their free-to-play strategy.

The studio is hoping to "debunk a lot of myths" about Facebook as a platform for gaming, and their closed beta session targeted "fans of the 2004 Evil Genius PC game" rather than the casual hordes.

The super-villain ego-stroking strategy/management sim is along the lines of Theme Hospital and Dungeon Keeper, and the new Evil Genius Online seems to stick with it. 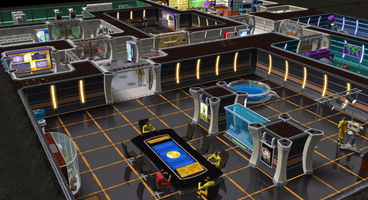 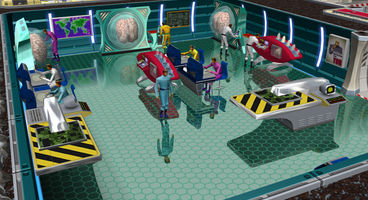 It is however a Facebook game, a free-to-play one, and so falls into the trappings of almost mandatory friend invites and waiting for timers to cool down before progress to be made - it's also a click fest for resource harvesting.

"When we launched the closed beta, we made it a priority to reach out to fans of the 2004 Evil Genius PC game rather than a wider audience. I think it's fair to say the Evil Genius community voiced some initial concerns about our direction, but it's these same gamers that not only got behind the game, but played a big part in making it better," said Rebellion evil villain Jason Kingsley. Rebellion took over the franchise in March 2006 when Elixir Studios folded in 2005.

"Free-to-play and browser games aren't for just one kind of person, or one kind of game. We think Evil Genius Online's blend of strategy, black humour, and cutting-edge browser tech will resonate with a lot gamers. Whatever their favourite platform, if they've got a browser, they'll be able to enjoy Evil Genius Online free."

Rebellion is reportedly working on something more substantial in the Evil Genius space, which will certainly cheer up fans of the camp 1960s evil lair builder. Hopefully the series will escape the free-to-play clutches of Facebook. 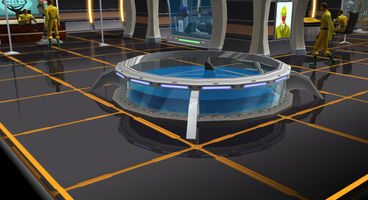 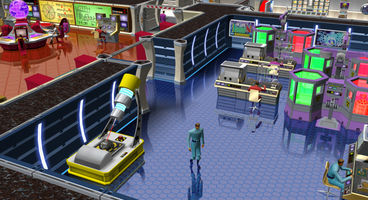