The struggling new studio from the creators of Dizzy has been acquired by Rebellion, presumably saving it from closing down - and they could be now working on Evil Genius 2.

The vault doors to the abandoned government silo have just swung open as Evil Genius Online enters into open beta on Facebook. Developer Rebellion is accepting all evil masterminds for their free-to-play strategy.

The studio is hoping to "debunk a lot of myths" about Facebook as a platform for gaming, and their closed beta session targeted "fans of the 2004 Evil Genius PC game" rather than the casual hordes.

Next week the beta for Rebellion's Evil Genius Online begins, October 23rd, which is a browser-based Facebook Zynga.com title. It was "crucial" for Rebellion to explore the free-to-play arena.

The franchises "lair construction, the strategy, the humor" - it's all a "perfect fit" for a social web game. Rebellion still plans a "fully-featured PC follow-up" at some point.

Independent UK game developer Rebellion has announced that it is developing a browser-based MMO based on the popular strategy game, Evil Genius Online. The developer also announced that registration to beta-test the game is now active. 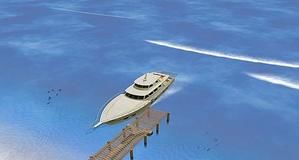