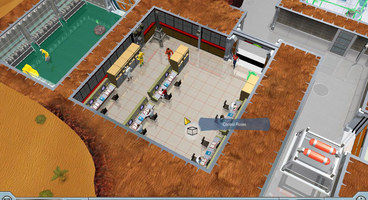 The original 2004 game.
Independent UK game developer Rebellion has announced that it is developing a browser-based MMO based on the popular strategy game, Evil Genius Online. The developer also announced that registration to beta-test the game is now active.

According to the developer, "Staying true to the original’s rewarding world domination simulation and super-villain humour, players will be able to construct an underground lair, launch nefarious deeds across the globe, thwart the Forces of Justice, and become the world’s most notorious criminal mastermind."

The game will be launched on Facebook and Zynga this year, and the developer states it'll be using "cutting-edge web browser technology, fully modelled 3D environments and a full 360° controllable camera."

Gamers interested in Evil Genius Online can register to beta test it here.