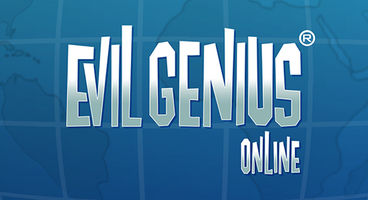 Next week the beta for Rebellion's Evil Genius Online begins, October 23rd, which is a browser-based Facebook Zynga.com title. It was "crucial" for Rebellion to explore the free-to-play arena.

The franchises "lair construction, the strategy, the humor" - it's all a "perfect fit" for a social web game. Rebellion still plans a "fully-featured PC follow-up" at some point.

The news of Evil Genius Online was a mixed blessing for fans. It was good in that the IP was still kicking, but bad because it has 'social' attached to it - particularly Zynga.

"When Jason – Rebellion’s CEO and co-founder – tweeted earlier in the year about a potential follow up to Evil Genius, he wasn’t talking about Evil Genius Online, which was already in development by a small team here in our Oxford studio,” blogged the Rebellion team.

"We’ve always wanted to make a fully-featured PC follow-up. We’ve taken concepts for an Evil Genius sequel to publishers before but we weren’t able to secure the funding we needed. However since then, we’ve looked into alternative ways to get this game funded and created. We are going to make this happen. And it’s going to be soon."

In the meantime Evil Genius Online's beta will commence its evil laugh next week, October 23rd.