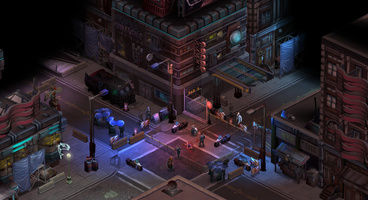 Harebrained Schemes has announced that the 1.1.1 update for their Kickstarter-funded RPG Shadowrun Returns has been released. The studio also stated that the long-awaited expansion, Dragonfall, will be arriving in January.

According to the post, "Since our last update we’ve fixed lots of bugs but the most notable addition in Version 1.1.1 is that French, Italian and Spanish language options are now available. We are (anxiously) awaiting the German and Russian files back from the company doing those translations for us so that we can finish our localization work and make it available to German and Russian speakers.

Version 1.1.1 also contains more of the new Editor features we’ve been using to create Shadowrun: Dragonfall so you can use them too. These include a revamped Thermometer to display more detailed scene performance metrics, a Get Count of Alive Actors data function trigger and a new Display Popup with image and caption. There are quite a few more as well."

The full patch log can be found on the Shadowrun Wiki here.