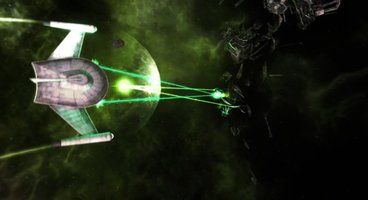 Cryptic Studios has announced that the next major expansion for their licensed MMO Star Trek Online will be Legacy of Romulus, which will finally add the Romulans as a playable faction. The faction will get the mighty Warbird class ships, while Denise Crosby will be reprising her role as Sela, who is now the Empress of Romulus.

According to the developer, the story has the players "thrown into the destruction aftermath of Romulus and Remus. Faced against an oppressive Tal Shiar regime, it will be up to players to rise up and spark a liberation movement."

The Legacy of Romulus will be arriving the 21st May 2013. Gamers can check out the expansion at the official site here.