22 November 2013 | By Simon Priest
LucasArts veterans formed SeaCliff Interactive and got to work on a 3D side-scrolling strategy set in the days of Roman legions. They called it Super Roman Conquest and its Kickstarter ends today.

Fortunately the project has surpassed its goal by almost $9,000 from over 1,330 backers. This was despite a $5,000 pledge being pulled. It's in development for Windows, Mac, Linux and Ouya.

There's still time to give the side-scrolling strategy an imperial glance where we'll command troops in a "multi-layered, 3D landscape." It's a beautifully stylised world. 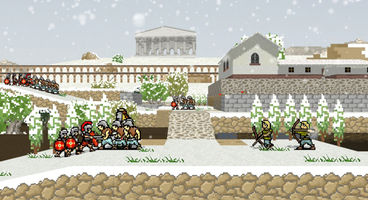 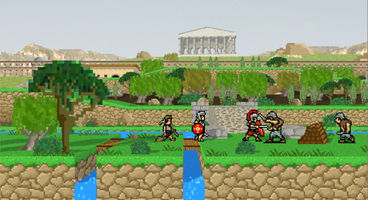 "The seasoning we gained working in the Star Wars universe inspired us to capture the feel of another great Republic: ROME. Unlike other side-scrollers, we want you to do more than just send consecutive units left to right, down a linear track, in order to bash the enemy base on the other end," said SeaCliff.

"After carving out the foundation of SRC, we began to layer more and more strategic depth into the game. We set out to blend the plate-spinning and progression elements from modern strategy games with nostalgia for classics like Worms and King Arthur's World. This is a new and exciting step for the side-scroller, and with your help we hope to make it a reality."

Check out the Super Roman Conquest Kickstarter campaign for more, which has 15 hours left as of press time. 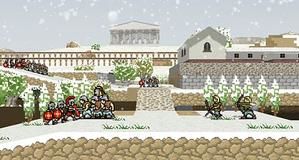