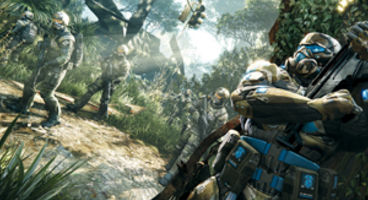 For two weeks an open multiplayer beta for Crysis 3 will run on Xbox 360, PS3 and PC. Crytek have dated the start of the beta as January 29th, which includes two team-based modes and maps.

The studio claim to deliver the "deepest, most robust" multiplayer in the franchise and have "listened closely to our fans" to shape the online experience in Crysis 3. The modes are Crash Site and Hunter.

In Crash Site areas must be secured and held against the opposing team. Hunter begins with two cloaked hunts against 10 CELL troopers.

"With Crysis 3 we are delivering the deepest, most robust Crysis multiplayer experience yet," said Crytek.

"We have listened closely to our fans and have evolved the multiplayer in Crysis 3 by adding a host of new gameplay features including the unique Hunter mode, deadly new weapons like the Predator bow, deeper loadout and unlock options, enhanced upgrade systems and more social features like the New York Feed. Top it all off with the ultimate weapon in the Nanosuit and you have a multiplayer experience that is unlike anything else out there."

The maps are Airport and Museum, which are two of twelve to be shipped with the game at launch. An all-new social feed called New York Feed is also showcased in the open beta which highlights gamer accomplishments and offers dynamic challenges along the way.