23 August 2013 | By Jonah A. Falcon
The Humble Bundle Origin pack has been so successful, Electronic Arts has sweetened the deal even more by adding Command & Conquer: Red Alert 3 - Uprising (a standalone expansion) and Populous. Gamers who already purchased the pack above the average (currently $4.84) will get both games automatically. 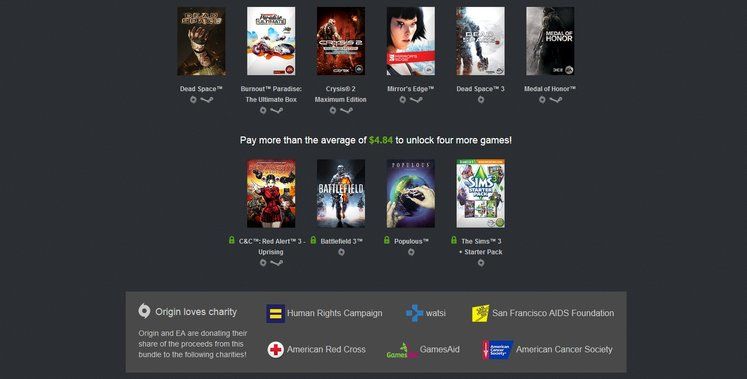