Rise of the Hutt Cartel gets 'first look' trailer for Star Wars: The Old Republic 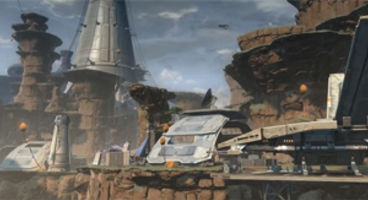 BioWare has released the first trailer for Star Wars: The Old Republic digital expansion Rise of the Hutt Cartel, which features a new world that's under threat from the criminal slug race.

The new planet of Makeb also introduces same gender romances, which has drawn some criticism from the community. Subscribers get 50% off Rise of the Hutt Cartel if you pre-order.

Those who generally support the inclusion of same gender candlelight diners are upset that it's held to ransom as users must purchase the add-on to reach Makeb.

This is the first expansion to Star Wars: The Old Republic and includes further voiced dialogue with a full faction class storyline to follow along. BioWare have also added a new title 'Scourge of the Hutts', a new mini-pet and a Dr. Oggurobb Hutt Holostatue as pre-order goodies. Those who ordered by January 7th get 5 days early access.

For more information about Rise of the Hutt Cartel visit the official website.