Trion Worlds and XLGames will bring ArcheAge to the West

24 January 2013 | By Nick Akerman
Trion Worlds is teaming up with XLGames to bring ArcheAge to the West. 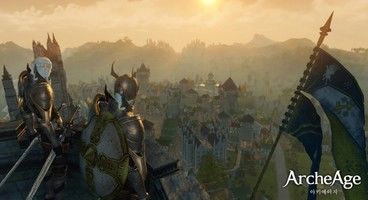 Created by Jake Song, who is best known for his work in Lineage, the MMORPG will be hosted on Trion's Red Door platform in North America, Europe, Australia and New Zealand.

"We're thrilled to be working with Trion Worlds, a company who is setting a new standard for gaming by embracing original, high-quality IPs on a dynamic connected platform," said Jake Song, CEO and founder of XLGAMES.

"We are impressed with Trion’s track record as they have consistently delivered against an unwavering vision; we are confident partnering with Trion will help bring ArcheAge a successful game that satisfies audiences both in East and West."

After a six year development process, it seems the game is nearing Western release. Will ArcheAge be a success away from the East?