Nordic: No "sh---y" sequel for Darksiders this year 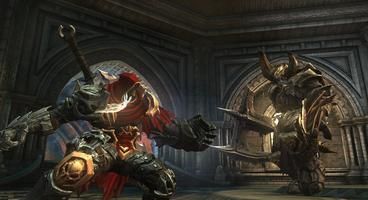 Nordic Games acquired a number of licenses from THQ during the IP auction, one of them being Darksiders. However, don't expect to see a Darksiders III anytime soon. Nordic Games states it will not release a "sh----y", rushed game.

According to Nordic CEO Lars Wingefors, “We’ll be sitting down, I think, in the next week to discuss all those options. It takes a very long time to make games. You won’t see a new Darksiders this year. I don’t believe in bringing out a sh---y sequel."

Wingefors stated that the IPs that attracted Nordic's attention was the lot containing Darksiders, Red Faction and Titan Quest. The company had to make some sacrifices, like not being able to get Saints Row (which sold for $22M to Koch Media/Deep Silver.)

He did hint, "I’m sure we can find a solution for at least one of the IPs, or a few of the IPs, this year. Potentially this summer. There will be a lot of discussions at E3, but it’s hard to say. I’m very open minded and flexible. I trust a handshake. I just need to find the right people,” adding, “Each IP has its own merits. I do have a deep love for MX vs ATV. I have sold loads through the years, and I know it is a big community. I think that will be less tricky to make a good game with."

Wingefors pointed out one game in particular. “Titan Quest drew a lot of attention in the past 24 hours. There is great love for Titan Quest. I am sure you will see a sequel in the future, but I don’t know when,” he noted.