24 April 2013 | By Jonah A. Falcon
The day after Earth Day, Sony killed an untold number of trees to send 2000 blank page manuscripts to show how much dialog went into Beyond: Two Souls. 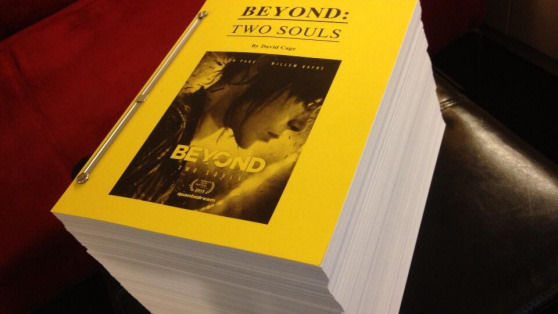 CNET's Dan Ackerman stated on Facebook, "Yesterday was Earth Day; today Sony sends over 2,000 blank pages to show off how big the script for Beyond: Two Souls is," along with a pic of the script.

At least it's not as bad as Sony decapitating a goat to sell God of War, while topless women urged guests to pull out some of the guts.

Beyond: Two Souls is due to be released on the 8th October 2013 for PlayStation 3.