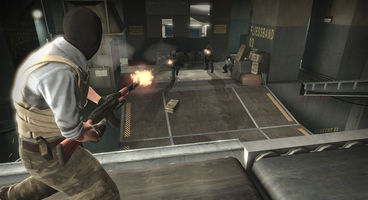 Valve has announced at the Counter-Strike blog that there will be a new anti-cheating measure for Counter-Strike: Global Offensive called Overwatch, which will allow players on a server to police the server themselves.

According to the blog, "Prospective Overwatch Investigators are presented with an active Overwatch button in the main menu, which indicates that there is a pending case for them to evaluate. The investigators can then choose to participate by watching a replay (eight rounds’ worth or roughly 10 minutes) and selecting a verdict.

If the investigators collectively agree that an offense has occurred, a ban will be issued. The ban duration will depend on the severity of the offense and the suspect’s history of convictions, if any.

How do investigators get selected?

Investigators are selected based on their CS:GO activity (competitive wins, account age, hours played, Skill Group, low report count, etc.) and, if applicable, prior Overwatch participation level and score (a function of their accuracy as an investigator). Community members who maintain both a high level of activity and a high Overwatch score will receive more cases to elect to participate in."

Overwatch is currently in beta.