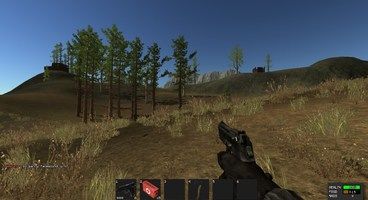 Garry's Mod creator Garry Newman has released a free alpha build of his open world zombie survival game Rust. The game has been described as a combination of Day Z and STALKER.

According to Newman, players will make the environment. "So what's to stop you from going around killing anyone you want and taking their shit and becoming more powerful?" he asks on the official site, "Nothing. What's stopping it from becoming a PVP killfest? You. Our job should be to give the players the tools they need. If you're sick of getting killed – start a town. Build town walls. Give all the town members red clothes. Put warning signs up outside the town. Set up trip wires and alarms. Watch each other's back."

The alpha build is very early, and will be constantly updated by the developer. To get it, enter in any sequence of numbers in the beta key box til "Next" appears at this site. 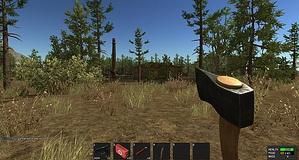