Crytek "firm believers" in Homefront IP, "nothing has changed" on development 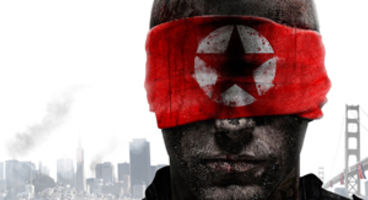 THQ's Homefront IP is now in the hands of Crytek as their Crytek UK office has been developing the sequel for the past 2 years, which is rumoured to be set in the United Kingdom this time around.

They're completely behind the franchise and its "potential to excite and amaze" gamers. The studio's time with THQ was "always positive" and this turbulent period hasn't hurt Homefront's development.

It has been reported that the purchase of the Homefront franchise by Crytek at the publisher's auction was to the tune of $500,000; this figure hasn't been confirmed.

"Since we first reached an agreement to develop Homefront 2, we've been firm believers in the IP and its potential to excite and amaze players," said Crytek boss Cevat Yerli.

"Our cooperation with THQ was always positive and we would like to thank them for all their support over the last two years and express our sympathy to those affected by the recent events at the company."

"From day one, the Homefront 2 team has been committed to creating a game that takes the series to new heights and features the level of quality and innovation associated with Crytek," he said. "Nothing has changed with regards our development of the game, and we look forward to sharing the finished product with players."

Homefront 2 is being developed with the latest CryEngine 3 advancements and due in fiscal 2014.