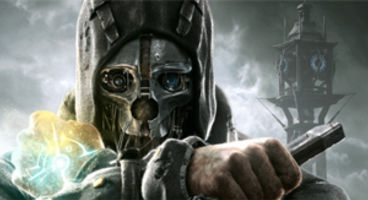 In another PS3 trophies leak, we also learn that Arkane's Dishonored will be treated to some story-based DLC. The trophies mention two locations we'll be visiting: Rothwild Slaughterhouse and Timsh's estate.

Trophies are rewarded for high chaos and low chaos endings, as well as no killing, no alerts and pulling off some unique assassinations. There has been no confirmation from Bethesda.

Given the name of the DLC, according to the leak, it could mean we're not playing as Corvo? The game did include a group of assassins empowered not unlike Corvo.

• Just Business - You got the information needed from the Rothwild Slaughterhouse

Dishonored released on Xbox 360, PS3 and PC in early October. So far the only new content released by Arkane for their stellar new IP has been the 'Dunwall City Trials', which provided challenge maps to overcome.