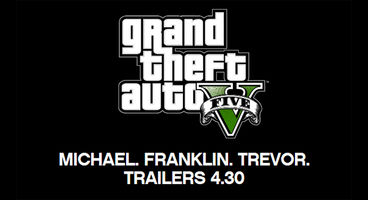 It's been quite a while since a new trailer for the next GTA has been released, although the studio has drip-fed a number of in-game shots. Grand Theft Auto 5 is due this September 17th.

GTA 5 has been announced for Xbox 360 and PS3, and fans continue to hold out for a PC release, which has traditionally come along later than the console launches.