Skyrim modder gets job at Bungie 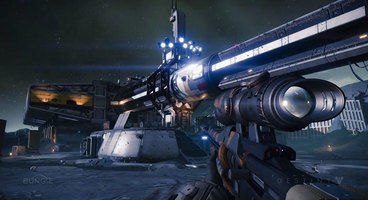 Last July, a 19 year old modder Alexander Velicky produced a Elder Scrolls V: Skyrim mod called "Falskaar", which took him a year to produce. The mod was a land mass a third the size of the game's main continent and included new quests, NPCs and soundtrack.

Velicky at the time was trying to land a job with Bethesda - well, the boy has found a job with another major developer, Bungie.

He announced this on The Elder Scrolls forums, writing, "Never be afraid to try. I set my sights on a professional design job pretty early, I lowered my head, charged forward, and rarely looked back.

"Of course, I ensured what I was doing had a reasonable chance for success from time to time. But the most surprising of all, is who I've ended up with. I applied to many companies, and Bungie was in my 'huge company that will completely ignore me' category. Well, they didn't and look what it got me.

"Bungie is an awesome company with an amazing team, and I'm very lucky that they've decided to give me a chance! Never be afraid to try. I spent the time it took to apply and the rewards are proving to be greater than I could have possible imagined."