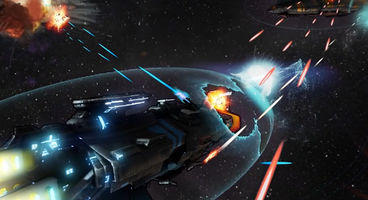 Space opera and real-time strategy/RPG The Mandate is very nearly at its Kickstarter goal line of $500,000 with 5 days left. Developer Perihelion shows off a pirate uniform and promise there to be LAN support.

The team have some "really cool cooperative features" in the works but affirm it's "not some lame excuse" to avoid a deep single player experience. A new trailer is released.

A mere $11,000 is all that stands between failure and success for The Mandate, although Perihelion Interactive does have $5,000 in PayPal donations tucked away.

"First of all the last weekend has been great! When we did our planning before the weekend, we had expected to start off on Monday at around 400.000 but instead we were almost at 470.000!"

read the update. "Barring divine intervention or the internet going down, we are confident that we will reach and exceed our minimum funding goal."

"One backer asked if he could dress like a pirate. If you are playing as a pirate it may make sense to dress as one, too! By default you start the game as the Empress’ Corsair, and there are few restrictions on what you can do so feel free to dress as a pirate." Getting enlisted back in the Grand Fleet requires something a little more regal in attire.

"Do not worry, you will have several uniforms to choose from, but prancing about like a pirate would raise some eyebrows and turn heads among your crew. Has the captain lost his mind? Will he procure a cyber parrot next?!?"

One of the best bits of news: "...we are announcing LAN support for The Mandate. That way you can enjoy playing in cooperative mode while sitting physically together with friends and family, and you will not need internet access."

"Remember, cooperative mode will be completely optional in The Mandate and is not some lame excuse on our side to avoid creating a deep single player experience. Rather it is in addition, and we believe that we have some really cool cooperative features planned that will work in and outside of combat. More on this in a future update."

Check out The Mandate Kickstarter for more and to maybe pledge if you haven't done so already. 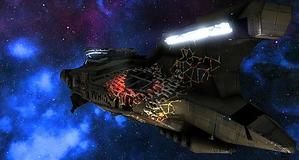