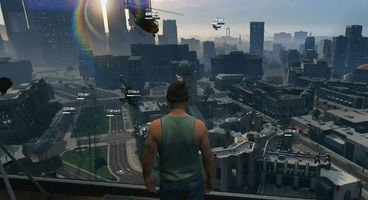 Players have been wondering where the promised "Stimulus Package" from Rockstar for the severe online issues for Grand Theft Auto V's "GTA Online" portion has been. The studio promised the first half of a $500K compensation this week, but it hasn't materialized.

Rockstar has announced that the Stimulus has been delayed., and it will be awarded next week when a new patch is being released.

The initial details about the first DLC pack coming to Grand Theft Auto were revealed as well. The Beach Bum Pack will include new vehicles, weapons, and customization items like tattoos and hairstyles. It will also add new challenges like new jobs, Gang Attacks, Survivals, Last Team Standings, Parachutes, Deathmatches and Races.

Another DLC pack includes the GTA Online Content Creator, which will allow players to create and publish their own Deathmatch and Race Jobs missions for the online portion of the game. That feature will come sometime in Fall 2013.