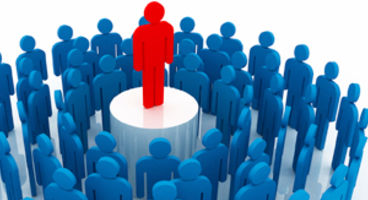 Star Citizen's Chris Roberts has said how publishers today are "really guessing" as to what gamers want, as they "don't really know." They just bet on what worked yesterday, over and over again.

The Wing Commander creator says this has led to plenty of fatigue. It's harming the industry and preventing people from "picking stuff that works for tomorrow." Fortunately there's crowdsourcing...

The power behind the likes of Kickstarter and Indiegogo is that the "real audience" is being pitched these ideas, and not publisher executives with their nose in market data.

"You’re pitching to the real audience and they’re putting money down to buy it,” explained Roberts, reports NowGamer. “It’s one thing to walk into a publisher, and publishers are really guessing to what people want when making decisions and they don’t really know.” Makers and gamers are brought into direct contact with one another.

“A lot of the people making the decisions don’t really know and that’s why they all tend to stick to the safe stuff. ‘Oh, well Call Of Duty’s selling really well, let’s make a military FPS!’ But, I don’t think that’s necessarily true; if you’re always looking at what was working yesterday you’re not going to be picking stuff that works for tomorrow.”

Kickstarter has seen a number of projects that most likely wouldn't be getting the thumbs up from big publishers. It has helped inject a sense of rejuvenation in the industry, even though most projects are yet to reach backers or the gaming public. There's also a danger it might just be seeing success because of its 'counter-culture' appeal.

"You also get that fatigue of getting the same old thing again,” he continued.

“Games like Call Of Duty or whatever, when they were first around they weren’t the big thing and they didn’t sell as many units as other big games. To become a big franchise you’ve got to take risks at the beginning. And Kickstarter or crowd funding is an avenue to help facilitate that.”

Chris Roberts and his studio Cloud Imperium Games Corporation saw their Kickstarter campaign finish at $2,134,374 from 34,397 backers. This is far from the grand total of crowdsourced funding though as they have ran their own private campaign, which has pulled in $5,328,216. Check out the official Star Citizen website for more.