Rumour: Lionhead using Unreal Engine 4 for "one of its current projects" 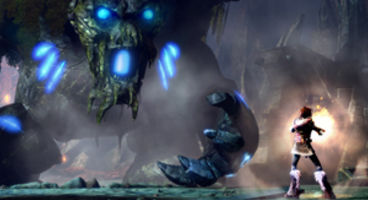 The Internet spyglass of Superannuation has spotted an Audio Designer job vacancy at Fable's Lionhead Studios. It mentions under role purpose and key accountabilities that Unreal Engine 4 is involved.

Experience with the Unreal 3 Editor and UE4 "would be a bonus." Well at least we know whatever they're making it'll have sound, which tends to be a good thing. A new Fable on the way?

Given that Lionhead is part of Microsoft Game Studios, this new Unreal Engine 4 project could very well be for the next Xbox platform. Maybe Fable will be a launch title? Hmm.

"Lionhead alluded to it in early 2012, but this job opening on their site explicitly states they're working w/ UE4," tweeted Superannuation. The last entry in the Fable franchise was The Journey which deviated from the usual formula of the action adventure/RPG world of Albion. Below is the Lionhead job advertisement:

Lionhead Studios is looking for an experienced Audio Designer to assist in the creation and implementation of Sound Design for one of its current projects.

This contract role requires the Audio Designer to work with the Sound Supervisor on the project to help realise the creative vision, through excellent sound design skills, audio feature design and implementation using Wwise and Unreal Engine 4.

• Implementation of Audio into Unreal 4 Engine.

• Excellent Sound Design Skills with a keen ear for detail and fidelity.

• Working to a compact schedule.

The page on the website has been removed but is still available via Google's web cache.