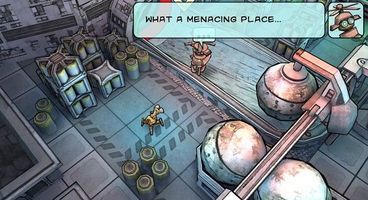 Indie developer Golden Tricycle has announced that its robot-themed action puzzler Clark will be coming to PC, Mac OS and Linux, after being a success on the Ouya, and is now on Steam Greenlight.

The game features cel-shaded graphics as the protagonist, a simple WALL-E-ish maintenance robot named Clark #37, needs to deal with the fact he's the only hardworking robot in his decaying Mars factory - all of the other robots are only interested in drinking.

CLARK is an isometric, grid-based puzzle game with fast paced arcade elements. It features comic style visuals in various different graphical themes, from the inside of a chaotic factory to the surface of Mars to the interior of an intruding enemy spaceship where you think, run and fight through heaps and heaps of carefully designed puzzle and action areas.

"So when a new supercomputer enters the stage to disarm and dismantle this doomsday device of a factory, Clark is the one to save the facility from destruction. He has to rescue his fellow robots and of course his new friend, the lovely atomic bomb, Clara," states the press release.

Gamers can check out the Steam Greenlight page for Clark here. 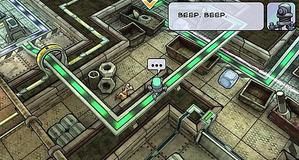