Naughty Dog 'porting over' PS3 engine to PS4, will evolve tech as they need to 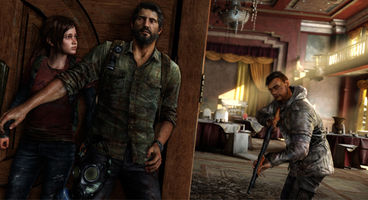 One huge source of misery for Naughty Dog in their studio's history was scrapping their engine tech when the PlayStation 3 came along because they thought the leap demanded it, but it was a foolish move.

The Uncharted developer "learned our lesson" over that, and they will prove they have by bringing their current engine over to PS4 and adapting it - seeing where changes are needed as it 'hits the wall'.

It was a time of great strife for Naughty Dog when they decided to program an engine from scratch for PS3, especially when it wasn't necessary, but they bought in it.

"We learned a big lesson coming from PS2 to PS3," game director Bruce Straley told Digital Spy. "There was a lot of hype over what next-gen was going to be. It was all going to be like movies, like a pre-rendered cutscene-style fidelity."

"That turned out not to be true. Granted, what we're able to do now is pretty damn close, but it took Naughty Dog four games to get there - one of the top developers in the industry with some on the most amazing scientists working in our programming department."

"We scrapped everything at the beginning of Uncharted 1, and we had a perfectly good engine with the Jak & Daxter franchise," he noted. "We could have started with something there and then built off of it and only changed the pieces and parts as we needed, when we needed. And that really caused a lot of turmoil."

"Again, we were creating a new IP, with a new engine, with a lot of weird expectations. Nobody had a dev kit soon enough, and as we all know, trying to figure out how to programme for a whole new piece of hardware was really difficult."

Ultimately the 'lesson learned' may have proved more beneficial than having not scrapped the tech.

"We learned our lesson in saying, as we move into development into next-gen, we want to take our current engine, port it immediately over as is and say, 'Okay, we have a great AI system, we have a good rendering system'."

"Hindsight's 20-20, and it sounds obvious to say it, but it's one of those things that you learn in development. We've gained something from this experience, and now we want to apply it moving into next gen."

The Last of Us is Naughty Dog's latest and - according to early reviews - greatest work. It releases on PS3 June 14th.