06 May 2014 | By Nick Horth
Titanfall will be getting its first DLC pack Expedition soon, and Respawn have posted an update on the game's official website that looks at the new 'Runoff' map in detail. 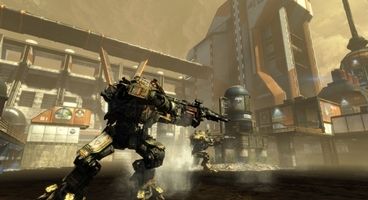 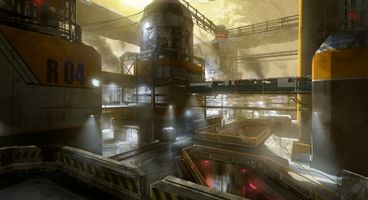 The post, from designer Geoff Smith, explains the though process behind the level design, as well as some of the features players can expect.

"Runoff was an experiment to try and make a small map but still allow Titans enough pathing options so that they don’t feel constrained or limited,"

writes Smith. "The core concept of the level is multiple layers of paths: concrete canals filled with water and trash below, and upper levels that are cleaner and more industrial. I thought the canals would be cool for Titans to fight in, with Pilots able to jump across them. I also set out to make more choke points in the level, something that is pretty hard to do in our game, at least for Pilots with their enhanced mobility." 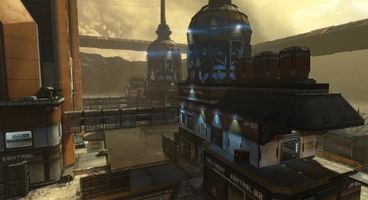 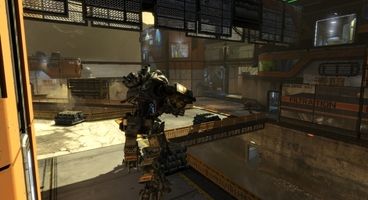 'Runoff' contains three main structures, with lots of walkways and bridges providing access across the roofs, with an arterial access trench below providing a battlefield for dropped Titans. "Runoff ends up being a pretty fun level that plays very differently in each game mode," says Smith. "You’ll find yourself using different areas of the map depending on what you choose."

Titanfall: Expedition is coming out this month for all versions of the game, priced at $9.99. The developers recently posted a look at another map from the DLC, the virtual reality themed 'War Games'.