07 April 2014 | By Michael_Westgarth
Parkour, the act of utilising an environment to propel oneself from one point to another, is rarely the sole feature of a videogame. But considering the ever growing popularity of parkour, it's odd that there's so few modern games that incorporate the freeform activity. This might just change however, if a recent addition to Kickstarter, titled Lemma, has anything to do with it.

Lemma, by Evan Todd, puts players in control of Joan Emmerson, a physics graduate whose colleague enters a peculiar, voxel based realm – the world of Lemma. Naturally, Joan wants in on what is clearly the inter-dimensional discovery of a life time and enters Lemma herself. Once inside, players are essentially left to their own devices – free to run and jump their way through the blocky world, exploring it at their own pace. 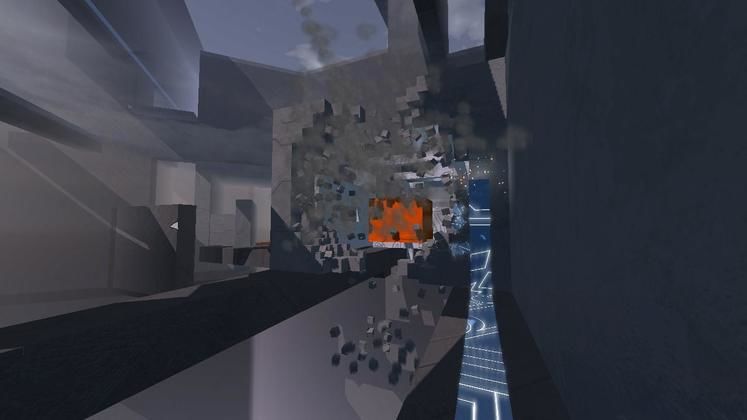 Information regarding the discovery of Lemma is provided through scattered research notes and text messages from Joan's colleague. However, it's up to players to discover the rules of Lemma and extrapolate the possibilities they allow for. For example, players can traverse across a white surface to make it electroconductive, slide across an open space to form a bridge, and touch translucent structures to solidify them. The uses of each mechanic is not always immediately obvious, but in time they become tools in the player's toolbox, allowing them to traverse the world in creative ways.

Lemma will be entering a very small group of "parkour videogames", which includes the likes of Brink, Mirror's Edge, and the recently released Titanfall. But why is it that videogames, with the breadth and depth that they have, are practically devoid of the relatively popular parkour? And what might Lemma do to shake things up?

"I think first-person parkour can be a tough sell for big publishers because it makes some people motion-sick," Todd told me "but at its core, parkour is just about getting from point A to point B in a creative way. So I think there are a lot of games that feature parkour, just in different forms. 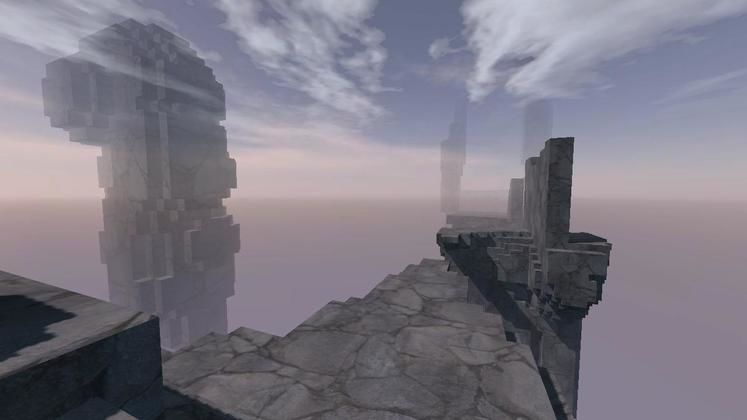 "Parkour games tend to be very linear and focused on the action," Todd continued, "Mirror's Edge is the game everyone thinks of when they see Lemma, and it's basically one long chase sequence, interrupted by some linear platforming bits. I always just wanted to explore the city without having to look for the next red-highlighted door. So I'd like to see more open-world parkour games."

Unlike the majority of parkour-featuring games before it, all of which contained combat elements, Todd's goal with Lemma is to highlight and simulate the freedom and creativity parkour offers in an equally creative and imaginative surrealist setting. As such, the boundaries and limitations encountered during Lemma's development have presented a unique hurdle in Todd's quest to create a truly open parkour videogame.

"It's absolutely a challenge," Todd told me, "especially in Lemma because you can build structures to get pretty much anywhere you want. When I'm designing levels I have to take that into account. In most games, the level designer can just move a ledge three feet higher and suddenly it's inaccessible. Not so for me! I get better with every level I build, but it's still tough." 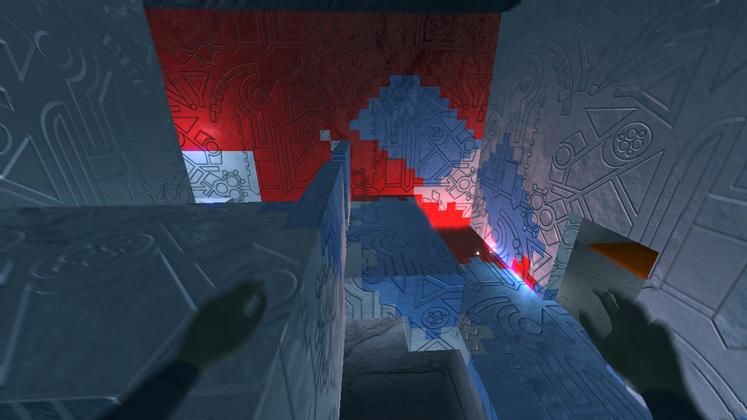 Another interesting element of parkour that is nigh impossible to recreate in videogames is the often life threatening danger that makes the activity the spectacle that it is. True "death" is a mechanic rarely used in videogames, and even when it is, it's more a source of frustration than it is exhilaration. But would Lemma feature the dangers parkourists frequently and spectacularly overcome?

"Most of the time I just want players to be able to run around freely," Todd explained, "so the parkour aspects of Lemma are very forgiving. You can do a well-timed skill roll to prevent fall damage, even from ridiculous heights. If you do fall, the game respawns you right where you left off. Still, there are a lot of enemies that bring tension to the game as well."

Speaking of enemies, those who have played the Lemma alpha build demo will have encountered ominous red tiles which both hurt the player and expand over white tiles, creating a garish blight that disrupts the otherwise calm and serene voxel world. Additionally, the environments encountered expand in their size and complexity as players progress through the demo. I was curious to find out just how large Lemma would eventually become and what dangers players may face.

"The more levels I design, the bigger I make them," Todd told me, "toward the end of the demo I found a good formula for building massive levels. But from day one I've been very careful about allowing players to solve problems in multiple ways, and everyone seems to enjoy that freedom to go their own way. 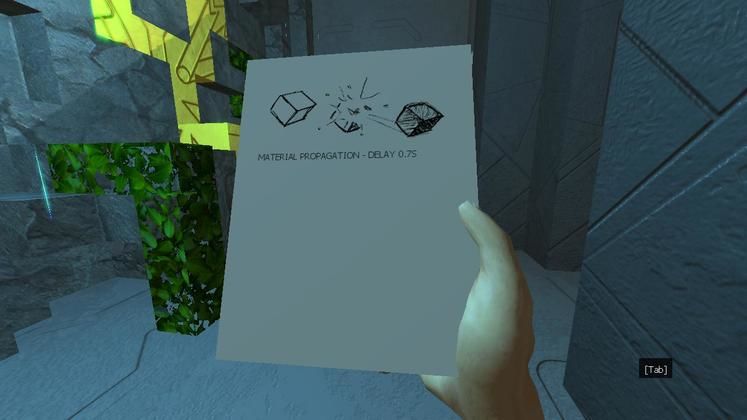 "Although the demo was fairly linear for the purpose of tutorials," Todd continued, "the levels in the full version will be less like a straight line and more like a network. The aggressive red blocks are just one of the enemies in the game, and they really fit in with the whole idea of the environment being alive and reacting to your movement, which is the core concept of the game."

Those curious to explore the world of Lemma themselves are free to try the recently released alpha build demo. But videogame development is a time consuming and expensive endeavour and as such, Todd has turned to Kickstarter for help. If successful, his relatively modest goal of $10,000 will be spent hiring a professional artist and composer – with Todd drawing from his own savings to develop Lemma full time.

Parkour elements are popping up in more and more games as time goes on. And with titles like Mirror's Edge retaining an audience large enough to warrant a sequel, it's entirely possible that there's an untapped market populated with parkour loving videogame players. Will Lemma leap into the limelight and establish itself as the benchmark for parkour videogames? I certainly think it has the potential to do just that, but as is always the case with Kickstarter projects, it's up to the people to decide. 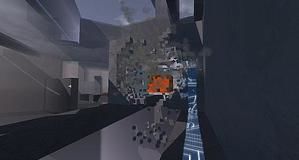