09 January 2014 | By Nick Horth
There's a new community-led update for free-to-play castle builder Stronghold Kingdoms available, which adds various features that have been requested by players. 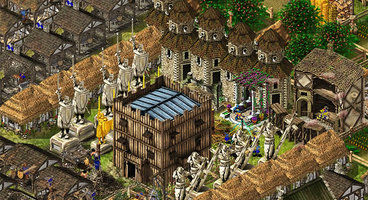 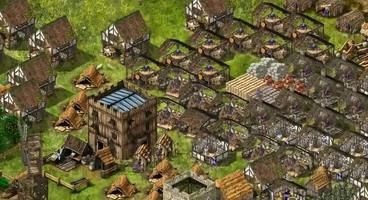 Stronghold Kingdoms has players building their own medieval castles and taking on other players through trade, warfare and diplomacy. Here's the full list of new additions, as listed by developers Firefly Studios in a press release today

A new set of strategy cards have been introduced affecting different areas of gameplay including farming, religion and combat. Attainable by free players through the Veteran Level free cards system and by paying players through the game’s selection of various card packs, all players will have access to this new content.

The Lords and Ladies of Stronghold Kingdoms can now send letters in-game marking other players, villages and parishes, something that can be used for good or evil. Have a sworn enemy? Mark them for death! Want to protect a particular village or parish? Team up with your Liege Lord and send reinforcements! Whatever your purpose, the new player targeting system will hasten your plans, nefarious or otherwise.

Firefly have also added a number of new features requested by players over the past few months. These include the ability to keep a record of diplomatic relations with other players with the new notes system, in case you forget exactly why you’re at war! Also added this month is a quick replay button for cards, several UI tweaks and more.

The patch is out now, and you can see the full list of fixes and features on the game's forums here.