09 May 2014 | By Nick Horth
The May update for free-to-play castle builder Stronghold Kingdoms adds all new 'Treasure Castles', fortified keeps that can be stormed in order to get to the treasure within.

"Unlike regular AI," write developers Firefly Studios in a press release today. "Treasure Castles do not send out attacks to harass the player. Instead they fortify their defences and force you to make the first move, as a result these new castle types cannot be besieged with brute force. Attacking troops must be placed strategically to cover the most ground, in search of Treasure Chests buried deep within the castle walls." 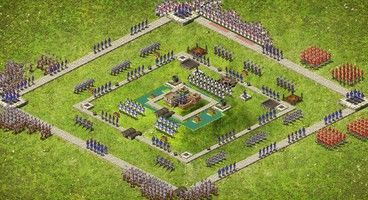 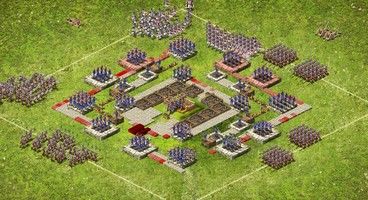 The new Treasure keeps were tested last month, but the May update added yesterday marks their full launch. In addition, players can expect the following:

Our May gameplay update adds 20 brand new strategy cards to Stronghold Kingdoms. These new cards further bolster the Kingdoms deck, affecting various areas of gameplay such as diplomacy, trading, village construction and castle defence. Here is a small taste of the cards awaiting you…

Expert Diplomacy – Increase the chance of averting enemy attacks with this card, giving you more time to prepare your castle for attack.

Expert Banqueting – This card will increase the Honour gained from holding a Banquet.

Mercenaries – Strengthen your forces by adding a large squad of swordsmen to your army.

Not only will these new cards help you complete Quests and Achievements, you are also now be able to share accomplishments with your Facebook friends!

When under siege, players often need to generate Card Points quickly in order to strengthen their defences. To this end we have removed the existing five card cash-in limit, allowing you to cash-in up to 60 cards at once! This will speed up trading without any drawbacks, as this trade will also give you a chance for a bonus with every set of five cards cashed-in.