09 May 2014 | By Nick Horth
Respawn have already talked us through 'War Games' and 'Runoff', the first two maps from Titanfall's upcoming DLC pack Expedition. Now it's the turn of 'Swampland'.

In a post on the official Titanfall website, level designer Chris Dionne talks us through the concept and development of the third and final map in the expansion. There's also a 'making of' trailer.

'Swampland' was first conceived back in 2011, with Titanfall then in an embryonic stage. The brief was pretty simple; "make an MP level in a swamp".

Initially the level's various trees were relegated to the background, but after testing Dionne decided they would make for an interesting obstacle. "During playtesting of these early variations, something else became clear," writes the designer, "the towering trees (which had been pushed to the periphery) needed to take center stage. They were a blast! Titans dodging around massive trunks; Pilots jumping from tree-to-tree like ninjas. All that additional infrastructure had pulled players away from this new and interesting fun that was happening around (and on!) the trees."

"With Swampland," says Dionne, "I tried to add a unique experience to Titanfall while staying true to the original themes of the level, like overwhelming nature and its intersection with technology. This was a level born of heavy experimentation and iteration." 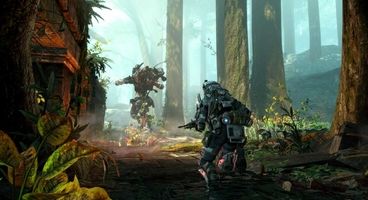 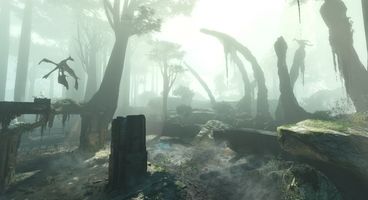