09 December 2014 | By SimonPriest
BioWare is releasing their second major patch for Dragon Age: Inquisition which the studio says is "focused on stability," but it does include "numerous improvements and fixes" to other problems.

Patch 2 targets stability, gameplay, multiplayer and the PC. While UI has been worked on there aren't any major alterations, but BioWare say they're looking into addressing "specific requests".

While the PC UI is different from the console versions, sadly it isn't up to what you'd consider a PC RPG standard, with our abilities limited to just 8 at any one time during combat. Understandably the PC community in particular wants this changed, and for Inquisition to adopt a more traditional slot bar.

"We’re committed to providing long-term gameplay and stability improvements. We have already released a Day 1 Patch, and in December we will release our second patch. We expect the patch to roll out on PC, PS3, PS4, and Xbox 360 on December 9, 2014. We are working hard to get Patch 2 out on Xbox One as soon as possible," blogged BioWare. 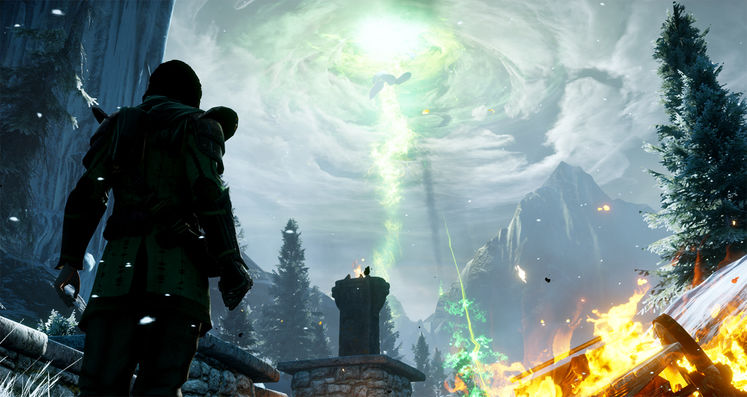 ● Multiplayer – In addition to some of the gameplay improvements listed above, multiplayer fixes also cover areas such as animations, game mode bugs, stat reporting, and stability/crash fixes.

BioWare also discussed what comes next: "Beyond Patch 2 we’ll continue to release patches that focus on gameplay improvements. We’ve already lined up a number of improvements and fixes we’d like to include in Patch 3, and of course we’ll continue listening to you to make sure we’re addressing your concerns." Keyboard and mouse controls are a major area.

"Patch 2 includes the first range of fixes towards addressing the feedback we’ve received on the PC controls; it cleans things up so you’ll see fewer problems with the current layout. This gives us a more stable base upon which to work. After Patch 2 goes out, our next priority is to improve the PC mouse/keyboard controls further. We’re investigating how to expand on PC usability and functionality to address specific requests from the community."

The studio is also looking into adjusting the firing rates of party banter, which have remained unchanged for the time being. Unlike previous Dragon Age games, banter doesn't trigger in specific areas but rather after set periods of time, and even then it's down to the 'flip of a coin'.

"As massive as Dragon Age: Inquisition already is, there were some things the team wanted to get in at launch, but we just ran out of time. We’ll be creating these new features and content and adding them into your game over time because we love our DAI players. Multiplayer will also be receiving regular content updates," continued the blog. Hopefully at least some content updates will be free.

Check out our Dragon Age: Inquisition review for more.