10 July 2014 | By Nick Horth
Bioware showed off a demo of Dragon Age: Inquisition behind closed doors at E3 2014 last month, and now they've also released a fifteen-minute video so the public can get a closer look.

It's apparently part one of a series of similiar walkthrough videos, and comes with commentary from Inqusition's creative director Mike Laidlaw.

The demo takes place in the forests of Ferelden, actually near somewhere we visited way back in Dragon Age: Origins, the keep and town of Redcliffe. There's a chance to get a look not only at the game's environments, but at some of the character levelling options and equipment menus. Then there's a scrap with a dragon, namely a 'Ferelden Frostback' and her brood of dragonlings.

This video release follows a lengthy Q&A session Bioware did for Raptr that revealed some juicy bits of information about the game."This is the Dragon Age game we've always wanted to make," says Laidlaw. Wtheher it will be the one fans are hoping for remains to be seen, but so far things look promising.

We'll see if it can live up to that promise when Dragon Age: Inquisition comes out for PC and consoles on October 7. 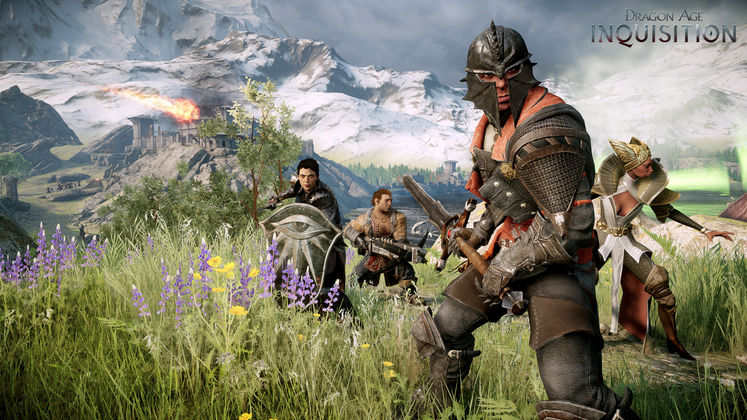