Aside from the two-player element it's very familiar stuff, complete with dagger-fodder guards, conveniently placed hay carts and those annoying alarm bells from Black Flag.

Heist mode has you and your friends sneaking through an enemy-held structure in search of mission specific items, in this case stolen artefacts from Notre Dame. Although missions might visit the same locations, Amancio claims that Heists are "highly replayable". Each run has randomised enemy paths, objective and loot placements. We also see a lock-picking minigame, so I imagine if there will be little minigame tasks like that scattered through each level.

Looks like running around stabbing people with a buddy will be fun, but I'm not sure there's anything here that looks particularly memorable. It's very familiar stuff to anybody who's played any Assassin's Creed game before. That said, Heists are just one example of Unity's online game modes, so I'm keeping an open mind until I see more.

Assassin's Creed Unity is out this November 11 on PC and current-gen consoles. 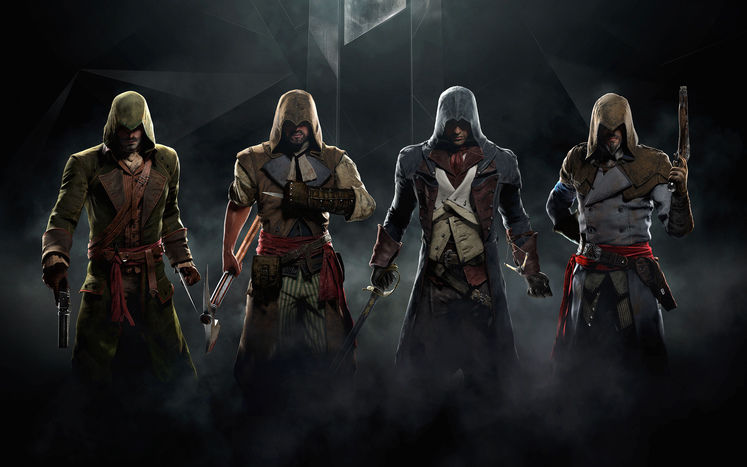