Pillars of Eternity scheduled for Winter 2014, 'not pursing any more stretch goals'

12 February 2014 | By Simon Priest
Obsidian Entertainment has given a Winter 2014 window for their Kickstarter-backed RPG Pillars of Eternity, which was otherwise due this Spring, but its scope grew beyond their original vision thanks to pledges.

To that end, Obsidian is no longer pursing any new stretch goals and concentrating on the ones they have already. We're teased with some 'Death Godlike' character heads.

"...we wanted to officially update everyone that we are looking good to release Eternity by Winter 2014. So, look forward to getting your hands on Pillars of Eternity later this year," posted Obsidian. Their latest Kickstarter update teases more concept artworks as well as sneak peeks at actual in-engine renders.

"After much discussion and consideration of the poll on our forums we have decided not to pursue any additional stretch goals. Rest assured that the team is working hard on completing the game and including our current stretch goals."

If a Death Godlike isn't your thing then perhaps an Earth Godlike? Check out the latest update for Pillars of Eternity. 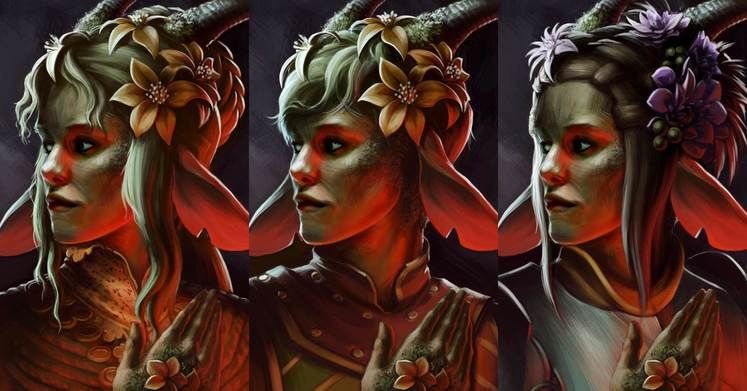