PopCap in "painful" layoffs of 30-40 staff, "necessary in order to stay on course" 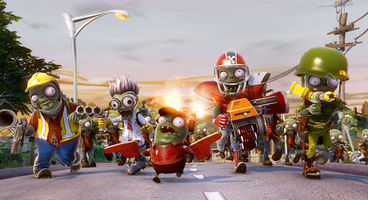 EA's PopCap studio, the developers behind Plants vs. Zombies, has just lost between 30 to 40 members of staff according to sources. General Manager John Vechey confirms the "painful" loss of colleagues.

However it was "also necessary" for the studio to remain "on course with our future plans". Plants vs. Zombies: Garden Warfare recently released on console to good reviews.

"The changes we made today at PopCap were painful and we're sorry to lose some of our friends and colleagues. But it was also necessary in order to stay on course with our future plans for mobile games, live services, and new IP. PopCap is a studio that made its name building great games that the world can fall in love with, and that's what we'll continue to do," PopCap general manager John Vechey said in a statement.

Plants vs. Zombies: Garden Warfare releases on Xbox 360 and Xbox One last month and was a multiplayer third-person shooter with tower defense. It was the first major production in the series aimed at next-gen.