15 April 2014 | By Nick Horth
Zombie Studios' survival horror game Daylight is out on April 29 for PC and PS4, and the developers have released two new videos showcasing its creepy abandoned hospital setting.

Levels in Daylight are procedurally generated, meaning that each fresh playthrough features an entirely different layout with new puzzles, maps and scares.

You play as a woman named Sarah, who finds herself trapped in an abandoned hospital with no memory of how she got there. There's ghosts, glow-sticks and creepy teddy bears. Expect many tiresome Let's Play videos from shrieking YouTubers. 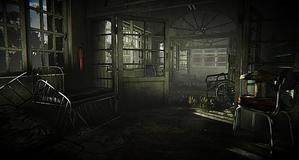