15 May 2014 | By Nick Horth
Diablo 3 is two years old today. That means presents, and if you're currently obsessed with grabbing as many legendary items as you can get your grubby hands on in Blizzard's fantasy hack 'n' slasher, that's good news for you.

From May 15 through to May 22 you'll find your chance of getting those sweet, sweet orange drops increased by 100%. And as another bonus, you'll find double the amount of rift fragments too. Time to get looting.

"On May 15, 2012, the gates of the Burning Hells opened and Diablo III was unleashed onto the world," reads a post today on Battle.net. "Since then, millions of heroes have been created, billions of hours have been spent in games, and trillions of demons have been slaughtered without mercy. We've even released an expansion!"

"To celebrate the game's second anniversary and the community that made it all possible, players who log in to defend Sanctuary this week will receive double Rift Fragments as well as a +100% boost to their chance to find Legendary items. This bonus birthday buff begins in the Americas on Thursday, May 15 at 12:00 a.m. PDT and ends on Thursday, May 22 at 5:00 a.m. PDT."

Will any legendary items be as good as my barbarian's cow-summoning halberd? Now's a good time to find out. 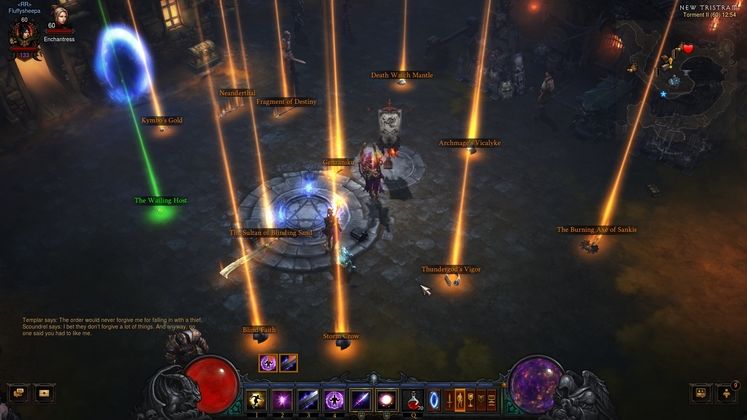