16 July 2014 | By Nick Horth
There are some stories which are just so bizarre and fascinating that you can't help but laugh. Former Panamanian dictator Manuel Noriega has launched a lawsuit against Activision accusing them of unlawfully using his likeness in Call of Duty: Black Ops 2.

Noriega says Activision portrayed him as the "culprit of numerous fictional heinous crimes", and accuses them of "misuse (of his image), unlawful exploitation and misappropriation for economic gain".

Noriega ruled Panama from 1983 to 1989 with the CIA's backing, before President Reagan decided to oust him by invading the country in 1989 (an invasion that you play out in Black Ops 2, incidentally). Brought back to the US and subsequently charged on various counts of money laundering, drug trafficking and murder, that last one by French authorities, Noriega was extradited back to Panama in 2011.

Now 80 and still living in the country he ruled as a dictator for several years, Noriega claims the following in his lawsuit:

In Black Ops 2 Noriega is a minor antagonist who main characters Woods and Mason first work with and then hunt down and capture during the game's 1980s storyline. He also helps main villain Raul Menendez evade capture by US forces.

Noriega's statement continues: "Defendants' video game, 'Black Ops II,' features several nonfiction characters, including plaintiff, for one purpose: to heighten realism in its video game, 'Black Ops II.' This translates directly into heightened sales for defendants. Defendants deliberately and systematically misappropriated plaintiff's likeness to increase revenues and royalties, at the expense of plaintiff and without the consent of plaintiff."

Manuel Noriega is seeking damages from "lost earnings" or some shit, which is a pretty remarkable state of affairs. There's been no response from Activision so far. Bet Rebellion are glad Hitler's no longer about. 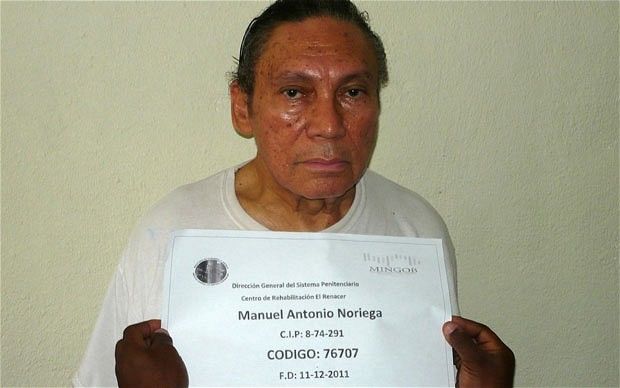