*SPOILER* warnings within for those who've for some inexplicable reason not played the original Knights of the Old Republic.

Darth Revan is of course the secret identity of the player protagonist from KOTOR, a fallen warrior Jedi who was captured and memory wiped by the Jedi council. He's popped up in The Old Republic before in a mid-level flashpoint. That took some of the mystique out of his character when you realised he was just some pasty, unremarkable-looking bloke rather than the badass you nearly destroyed the galaxy with.

It would be a bit like if Shepard turned up in the next Mass Effect as some slack-jawed default model. Wouldn't be your Shepard, would it? Anyway, looks like Revan's back big time in content update 3.0.

We'll keep an eye out for any further information - Bioware has previously stated that they'd officially announce the next full expansion before the month is out. 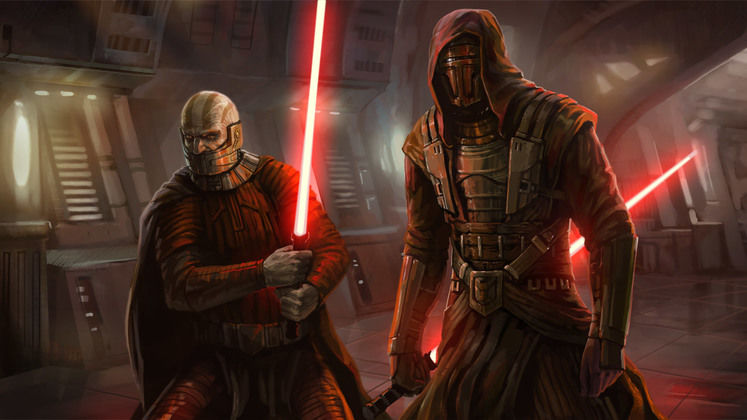