18 February 2014 | By Simon Priest
Chris Roberts is now among the backers of Warhorse Studios' Kingdom Come: Deliverance, and was so impressed with the Czech developers efforts he contacted them with an idea to share technology.

Kingdom Come has over £867k pledges, with just over 2 days left on Kickstarter. The Star Citizen team "could learn from" Warhorse, says Chris Roberts, and so they'd like to share their efforts.

Of particular interest to Cloud Imperium Games was Warhorse's demonstration of their character tools, especially with how they can randomise all-new NPCs with ease and detail. 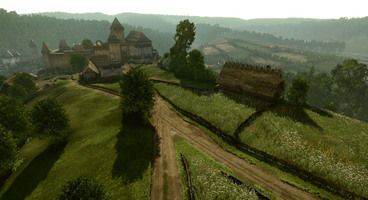 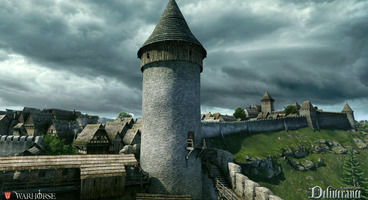 "...when we were preparing our own Kickstarter campaign, Star Citizen was our role model. You learn from the best. So you can imagine how happy we were when Chris Roberts appeared on the list of our backers, and you can’t even imagine how it felt when we received an email from Chris himself," said Dan Vavra, creative director at Warhorse Studios.

"He was telling us that he likes our stuff and since his team is using Cryengine as well, they would like to cooperate with us and share some technology!" He continued: "So to make long story short – we will share some of our tools with Star Citizen team and Deliverance will most likely have some tech from Star Citizen as well. Hell yeah!"

The following was published on Roberts Space Industries:

"It’s a rare treat when a Kickstarter announcement genuinely impresses and Kingdom Come: Deliverance has done just that,” posted Chris Roberts at Cloud Imperium Games. “Kingdom Come doesn’t just look like a great game, though: it looks like something we on the Star Citizen team could learn from. The characters and outfits I saw working in-engine in the trailer impressed me so much that I contacted the team to talk about what was going on under the hood."

"Star Citizen doesn’t need peasants and knights… but it does need a robust character creation system for the persistent universe. And that technology is exactly what Warhorse is building for the CryEngine. The good news is: the team at Warhorse isn’t just an incredible talented group of people… they’re also kindred spirits who are willing to share the work they’ve done!"

"We will be sharing with them the tricks for working with CryEngine we’ve learned over the last 18 months and they will be letting us in on the secrets and the tech behind what they’re doing! I’ve always said that independent developers should stick together, and the potential good for both games that can come from this unofficial partnership is proof positive!”

The Kingdom Come: Deliverance Kickstarter is very close to achieving its £900k stretch goal which would add a tournament mode. It's a modest sum compared to Star Citizen's almost $39 million warchest, but sharing technology between the independent studios will hopefully strengthen both projects.