19 May 2014 | By Simon Priest
Cloud Imperium Games has posted a new weekly report for the Arena Commander module due by the end of the month for Star Citizen. That's the official name for the dogfighting module, which lets us pilot ships.

They plan to let us enjoy single player 'Free Flight' and 'Vanduul Swarm' on launch day, with the "very first batch" of testers getting access to multiplayer, which they'll "scale up" quickly.

The studio will throttle the number able to play online to ensure their servers can cope, and to crush major bugs quickly. The current launch date remains on schedule. 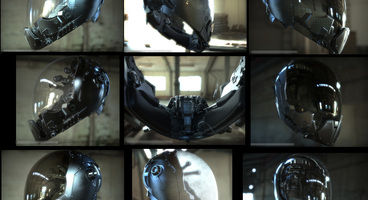 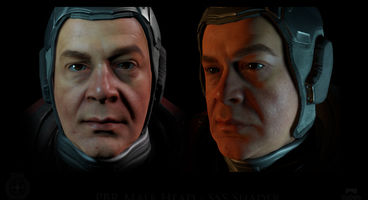 "...we intend to launch Arena Commander in two weeks, on May 29th," begins the weekly report blog. "This date is based on our best possible projections using the latest information put together by Star Citizen’s production team as of this afternoon." They caution the date could slip if unforeseen troubles arise, but otherwise they're gunning for May 29th.

Cloud Imperium breaks down the current schedule for Arena Commander:

▪ May 19th: The QA team will begin their final troubleshooting session with the new Arena Commander Release branch. They will go through the entire game and catalog all the current bugs they can find – ships not spawning in the correct place, physics not functioning correctly, disconnects during battle and so on.

This will help to generate our final “Must Fix” list for release. It is important to remember though that our internal QA team cannot find everything and it is very likely that we will not fix everything prior to release. We are releasing playable code to the community much, much earlier than you normally would in AAA game development.

Because of this it will not be as polished as a final game would be so we are going to need a lot of support from all of you to help us in bug finding and gameplay feedback!

▪ May 23rd: The official cross-studio playtesting of the Arena Commander Release begins. This represents a “pencils down” phase where, unless you are working on an authorized must fix issue the team is expected to QA the game as much as possible. After this point, only a limited number of “designated driver” team leads will be able to check in any changes to the game itself.

▪ May 27th: By this point, we hope to have the egregious, game breaking issues resolved but there will still be plenty of known and unknown issues. This is also our deadline for making sure the launcher is hardened for the deluge of users and the first set of necessary servers for the release have been spun up. After this point all check in privileges will be revoked and will only be returned on an as needed basis by senior Production staff and myself.

▪ May 28th: The release candidate build of the game will be compiled. If all goes as planned, this is the version of Arena Commander you will be playing! The team at Turbulent will begin switching over the website to the version that will make Arena Commander available to backers.

I will personally ‘sign off’ Arena Commander as ready for the community on the evening of the 28th. To be clear, we fully expect that there will be bugs remaining, potentially some bad ones. That said, our primary focus is getting a version out to the community to help us find all the issues and work together to improve Arena Commander.

▪ May 29th: This morning, the web team will spin up additional authentication and web servers in the in anticipation of high traffic during the release. The engineering team will begin “warming” caches on cloud servers around the world, making sure the release candidate game is ready and waiting for users.

By the end of the day, we will update the website making the game available, and the first public release of Arena Commander (which we’re calling v0.8) will be live to the world for testing!

Chris Roberts mentions v0.9 and v1.0 as the next steps once Arena Commander is released, with the former an "intermediate step with additional features, polish, fixes" for the Squadron Battle mode, and the latter offering everyone access to multiplayer and all game modes with Capture the Core being introduced.

Check out the full Arena Commander Weekly Report - May 12-16 blog for more, and for production reports.