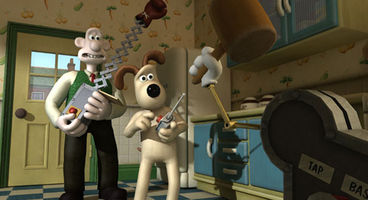 The licensing agreement for Wallace & Gromit has expired meaning that Telltale Games' Grand Adventures series has been removed from digital stores. Most who own copies will continue to do so.

Any newcomers to Telltale's take on Wallace & Gromit are out of luck through official channels. Will Strong Bad and Tales Of Monkey Island follow the same fate eventually?

This is the darker side of digital distribution, as licenses can easily spell doom for titles if they fall out of legal favour or some bit of paper expires.

Wallace & Gromit: Grand Adventures is no longer available through Telltale Games, Steam, Xbox Live, and the iOS App Store. Apparently those who do own the adventure series on iOS will need to contact Apple directly, although the "decision to restore the app may be at their discretion". Grand Adventures was a four-episode series.

Other licensed titles now in the rear view mirror for Telltale Games include Strong Bad's Cool Game For Attractive People, Tales Of Monkey Island and Jurassic Park: The Game. What fate awaits them?