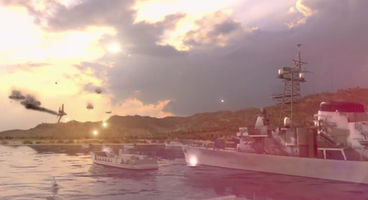 Eugen will release free DLC post release to bring the remaining nations to the same 1991 standard. The overview trailer touches on the new features such as naval forces.

"In this narrated trailer, NATO, the Warsaw Pact and the new coalitions available in game are opening hostilities. Everything is explained in detail: the new features such as the warships, the increased importance of landscape and water areas, the new Asian battleground, the new dynamic campaign... in brief, everything that we are waiting from this new Wargame!"