21 February 2014 | By Simon Priest
Braid creator Jonathan Blow is still working on fiendish puzzles to be solved on their rather colourful island of his in The Witness. The first-person puzzle game has just been given some fresh new screens.

This new lot teases an area known as The Marsh, where "color was a big challenge" getting right. There was high risk it would appear as if a "clown exploded on it." Fun times.

From the looks of the marsh in these shots, Blow's team has done a mighty fine job. No red noses or floppy shoes anywhere in sight. The Witness first releases on PS4. 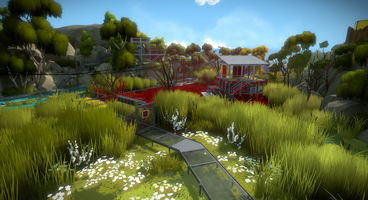 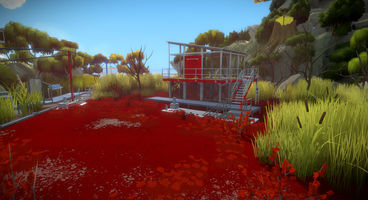 "The marsh had been left unresolved for a long time, so we decided to tear it apart and finish it as a team," posts the team. "Eric updated the main structures, Alex adjusted the catwalks, Luis took care of all the lowest structures, and I handled the vegetation and general colors."

"Color was a big challenge in getting the area to look nice, since it is a marsh research facility with lots of crazy colored algae pools...there was a high risk of making it look like a clown exploded on it. With some careful color choices, attention to every detail and blocking in the views on a step by step basis, however, I think we managed to avoid that risk and succeeded in creating a pleasant, colorful area."

The Witness releases on PS4 as a timed exclusive, and then on PC and iOS. 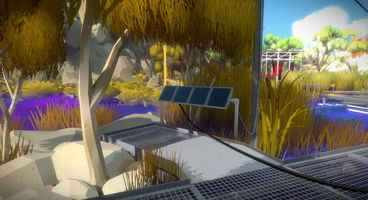 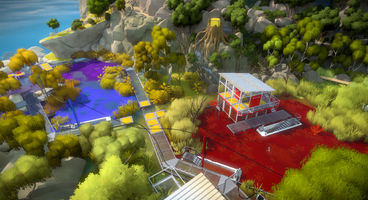 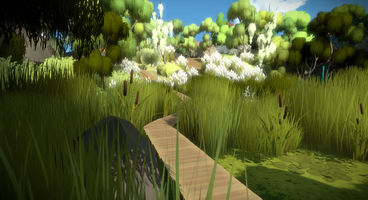 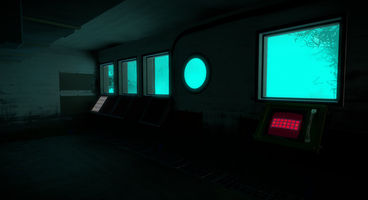 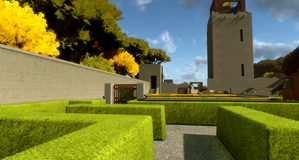