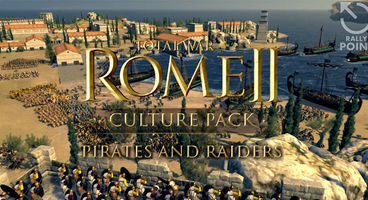 Creative Assembly have announced a new Culture Pack for Total War: Rome II that adds the factions of Ardiaei, the Odrysian Kingdom and Tylis, which call the European Balkans their home.

This makes the first playable Thracian and Dacian factions for Rome II, but Creative are also releasing "free LC" with the Getae, another Balkan people, plus an historical battle.

The more war you throw these new factions into the happier their populace will be, which is rather appropriate for the lifestyles of pirates and raiders.

Pirates and Raiders Culture Pack will be priced at £5.99, which is joined by the free content pack adding just one new faction. Each comes with their own new battlefield units and naval vessels. The announcement was made as part of the new Rallypoint episode, which has reached its twentieth. It's due out "within the next few weeks."